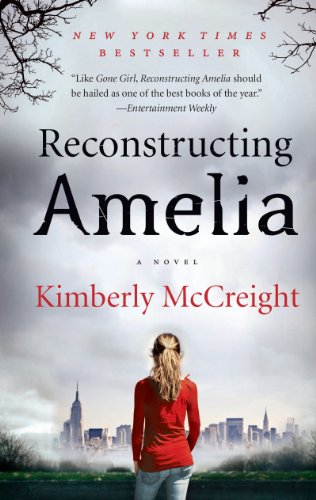 In Reconstructing Amelia, the stunning debut novel from Kimberly McCreight, Kate’s in the middle of the biggest meeting of her career when she gets the telephone call from Grace Hall, her daughter’s exclusive private school in Park Slope, Brooklyn. Amelia has been suspended, effective immediately, and Kate must come get her daughter—now. But Kate’s stress over leaving work quickly turns to panic when she arrives at the school and finds it surrounded by police officers, fire trucks, and an ambulance. By then it’s already too late for Amelia. And for Kate.

An academic overachiever despondent over getting caught cheating has jumped to her death. At least that’s the story Grace Hall tells Kate. And clouded as she is by her guilt and grief, it is the one she forces herself to believe. Until she gets an anonymous text: She didn’t jump.

Reconstructing Amelia is about secret first loves, old friendships, and an all-girls club steeped in tradition. But, most of all, it’s the story of how far a mother will go to vindicate the memory of a daughter whose life she couldn’t save.

You can Purchase it HERE 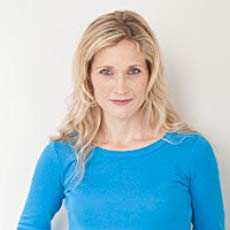 So I have been hearing about this book, I kept putting it off, I finally decided to give it a shot.  The authors writing style was a little different from what I usually read.  I felt that it was more of a diary form writing.  Don’t get me wrong I enjoyed and now for my honest opinion of it.

I liked so many things about this book. It had a great way of going back and forth through time to piece together what happened up to Amelia’s death and what was happening after her death. Her mother, after receiving a message on her phone, decided to go to the police and insist they look past the idea that this was a suicide.

In an age where we’ve been tempted to judge people by their worst moments, McCreight brings us a tale of a promising young student’s death from a fall off her prep-school’s roof. What it her choices that brought her there? Or, was there something darker, more sinister at work? Reconstructing Amelia brings a cast of characters, all flawed, and all with secrets that weave a tapestry of deception, bullying, and cruelty.

In the end, the case is solved. Things come to light about Amelia’s friends, things she was involved in, and what really happened to her.

I did enjoy this book. It was about 380 pages but it was a fast read. It was a true page turners. There were a lot of surprises throughout the book and it didn’t drag.  I am giving it 4/5 stars and If you haven’t read pick up a copy and read it.