So I thought of doing a little blog post about the books that I want to read. Currently, I am reading Mark Sullivan’s Beneath A Scarlet Sky followed by Invisible by Barbara Copperthweaite, Don’t Blink by L.G. Davis and Florwers For the Dead by Barbara Copperthwaite. The list that I am going to put on the blog, I don’t have these books–I am planning to buy these books in near future and hopefully I will read the books!

So I will list out four books that I want to read or hoping to get my hands on that book.

1. The Wife between us–Greer Hendricks and Sarah Pekkanen 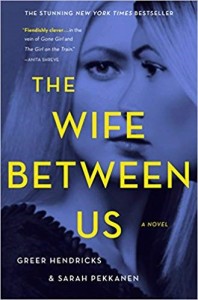 A novel of suspense that explores the complexities of marriage and the dangerous truths we ignore in the name of love.

Discover the next blockbuster novel of suspense, and get ready for the read of your life.

As many of fellow bloggers know, I love reading thriller books, having read Gone Girl and the Girl on the Train books, especially the ones where that will make the reader sit on the edge of the seat. I am dying to read this book. 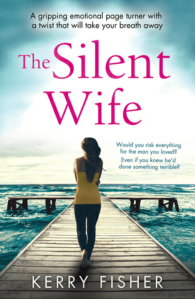 Lara’s life looks perfect on the surface. Gorgeous doting husband Massimo, sweet little son Sandro and the perfect home. Lara knows something about Massimo. Something she can’t tell anyone else or everything Massimo has worked so hard for will be destroyed: his job, their reputation, their son. This secret is keeping Lara a prisoner in her marriage.

Maggie is married to Massimo’s brother Nico and lives with him and her troubled stepdaughter. She knows all of Nico’s darkest secrets – or so she thinks. The one day she discovers a letter in the attic which reveals a shocking secret about Nico’s first wife Caitlin. Will Maggie set the record straight or keep silent to protect those she loves?

For a family held together by lies, the truth will come at a devastating price.

Another intense thriller which I am hoping to read.

3.  The Women in the Window 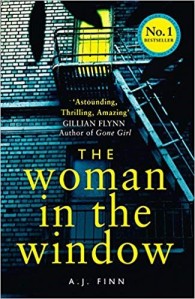 For readers of Gillian Flynn and Tana French comes one of the decade’s most anticipated debuts, to be published in thirty-six languages around the world and already in development as a major film from Fox: a twisty, powerful Hitchcockian thriller about an agoraphobic woman who believes she witnessed a crime in a neighboring house.

Anna Fox lives alone—a recluse in her New York City home, unable to venture outside. She spends her day drinking wine (maybe too much), watching old movies, recalling happier times . . . and spying on her neighbors.

Then the Russells move into the house across the way: a father, a mother, their teenage son. The perfect family. But when Anna, gazing out her window one night, sees something she shouldn’t, her world begins to crumble—and its shocking secrets are laid bare.

What is real? What is imagined? Who is in danger? Who is in control? In this diabolically gripping thriller, no one—and nothing—is what it seems.

Twisty and powerful, ingenious and moving, The Woman in the Window is a smart, sophisticated novel of psychological suspense that recalls the best of Hitchcock.

4. We were the Lucky Ones–Georgia Hunter 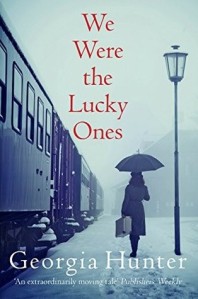 Inspired by the incredible true story of one Jewish family separated at the start of World War II, determined to survive—and to reunite—We Were the Lucky Ones is a tribute to the triumph of hope and love against all odds

“Love in the face of global adversity? It couldn’t be more timely.” —Glamour

It is the spring of 1939 and three generations of the Kurc family are doing their best to live normal lives, even as the shadow of war grows closer. The talk around the family Seder table is of new babies and budding romance, not of the increasing hardships threatening Jews in their hometown of Radom, Poland. But soon the horrors overtaking Europe will become inescapable and the Kurcs will be flung to the far corners of the world, each desperately trying to navigate his or her own path to safety.

As one sibling is forced into exile, another attempts to flee the continent, while others struggle to escape certain death, either by working grueling hours on empty stomachs in the factories of the ghetto or by hiding as gentiles in plain sight. Driven by an unwavering will to survive and by the fear that they may never see one another again, the Kurcs must rely on hope, ingenuity, and inner strength to persevere.

An extraordinary, propulsive novel, We Were the Lucky Ones demonstrates how in the face of the twentieth century’s darkest moment, the human spirit can endure and even thrive.

Besides thrillers and mysteries, as many of you know, I am also into Holocaust and WWII. This book has sparked my interest and have been wanting to read this book.