Emmeline Pankhurst stands proudly in St Peter’s Square, but she stands for so many more…

First in the Fight tells the compelling stories of the twenty women featured on the Our Emmeline statue long-list. Author Helen Antrobus brings to life the achievements of these radical Manchester women alongside beautiful illustrations by the Women in Print collective.

Be part of the legacy of the 20 Manchester women who changed the world.

The women of Greater Manchester have long stood shoulder to shoulder in the fight for equality and social change. The unveiling of the statue of Emmeline Pankhurst in St Peter’s Square, strove to represent the contributions that Manchester women had made not only to the city, but also to the rest of the world.

Sitting alongside stunning illustrations from the ‘Women in Print’ collective, First in the Fight brings to life the stories of a range of inspiring women, from suffragettes, to botanists and mathematicians. The efforts of these pioneering women have shaped the world we live in and have helped pave the way for the voices of the next generation of women to be heard. 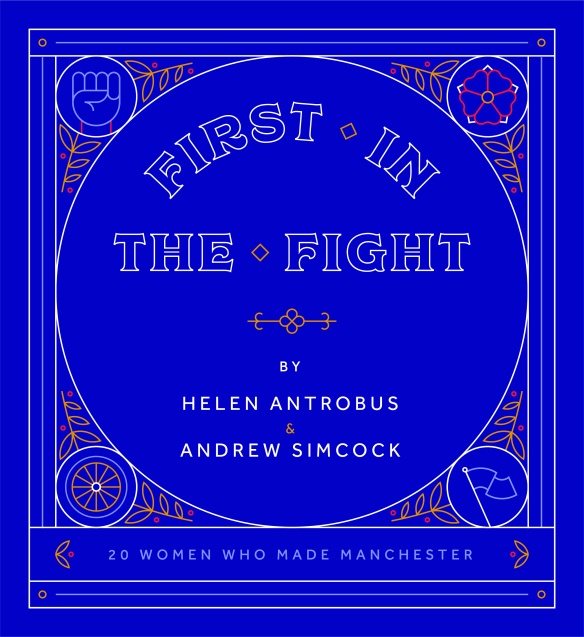 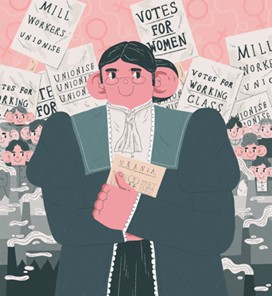 Helen Antrobus is a social history curator and historian from Salford, specialising in the lives of 20th century political women. As a public historian, she has appeared on TV programmes such as BBC One’s The One Show and Who Do You Think You Are?, Channel 5’s Edwardian Britain in Colour and BBC4’s Britain’s Lost Masterpieces as well as BBC Radio 4’s Ramblins and Great Lives.

Andrew Simcock has been the Labour Councillor for Didsbury East on Manchester City Council since 2011. In 2014 he launched the Womanchester campaigns to erect a statue of a woman of significance to Manchester, which resulted in the installation of sculptor Hazel Reeves’ Emmeline Pankhurst statue in St Peters Square in Manchester City Centre. The unveiling coincided with the 100th anniversary of some women voting for the first time in a British General Election.

This is not my usual read, but I really enjoyed learning more about the history in Women’s Right

Perfect reading for anyone and everyone with an interest in the history of women’s rights in all its forms.

Thank you to Kelly at Love Books Group for the opportunity to take part in this blog tour, the promotional material and a free copy of the book. This is my honest and unbiased review.  I am giving this 4 Stars.