The Final Trail by: AA Abbott

Here’s a little about the book

Family feuds just got bloodier… A gripping thriller, and a great story of death, revenge and vodka.

To save glamorous Kat White’s life, Ben Halloran killed his gangster father. Now his brother wants to even the score.

And now for the Cover in all its glory 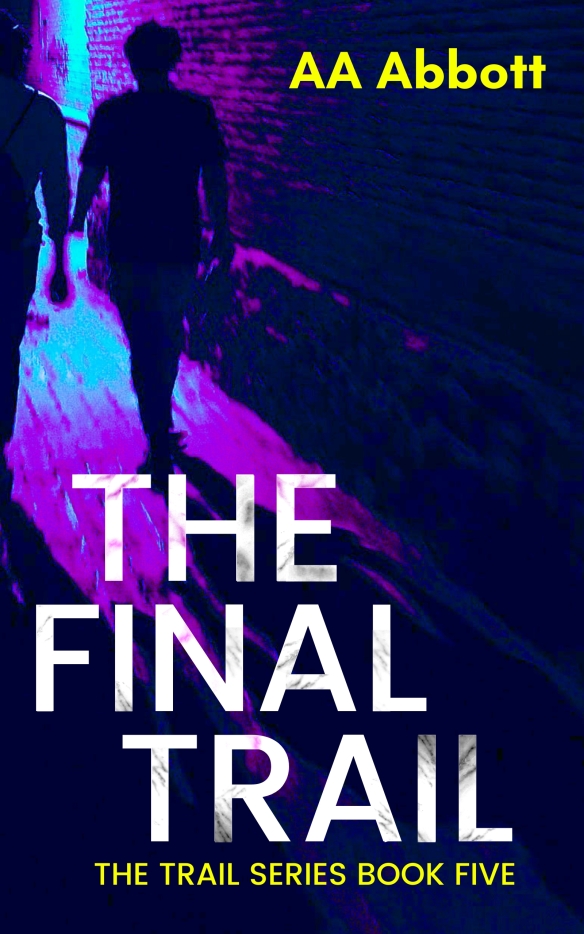 THE FINALTRAIL will be available to order from Amazon in e-book, paperback and  dyslexia-friendly format from Monday 28th October 2019.

Catch the train if you dare…

After a teenage boy is found dead on a Lenchester train, Detective Chief Inspector Whitney Walker believes they’re being targeted by the notorious Carriage Killer, who chooses a local rail network, commits four murders, and moves on.

Against her wishes, Walker’s boss brings in officers from another force to help the investigation and prevent more deaths, but she’s forced to defend her team against this outside interference.

Forensic psychologist, Dr Georgina Cavendish, is by her side in an attempt to bring to an end this killing spree. But how can they get into the mind of a killer who has already killed twelve times in two years without leaving behind a single clue?

For fans of Rachel Abbott, L J Ross, and Angela Marsons, Death Track is the third in the Cavendish & Walker series. A gripping serial killer thriller that will have you hooked.

Sally Rigby was born in Northampton, in the UK. She has always had the travel bug, and after living in both Manchester and London, eventually moved overseas. From 2001 she has lived with her family in New Zealand (apart from five years in Australia), which she considers to be the most beautiful place in the world.

After writing young adult fiction for many years, under a pen name, Sally decided to move into crime fiction. Her Cavendish & Walker series brings together two headstrong, and very different, women – DCI Whitney Walker, and forensic psychologist Dr Georgina Cavendish. Sally has a background in education, and has always loved crime fiction books, films and TV programmes. She has a particular fascination with the psychology of serial killers.

I would like to thank the Fiction Care Review and the publishers for a ARC copy of this book for an honest review.

‘Another brilliant book in the Cavendish and Walker series. This is book three. Exciting clever plot which has the detectives scratching their heads.’

After reading Deadly Games, the first Walker and Cavendish novel, I set out on a binge read – on to Fatal Justice and finally Death Track. I couldn’t wait to read this one.  This is an excellent detective story with many twists and turns but always moving forward

This book had me from the beginning to the end, I am loving her series and this one was not a disappointment.  I hope that there will be another one.

‘Once again Sally has come through with an AWESOME read!’ Goodreads 5 star

Wow where did this year go.  Soon it will be Christmas and the New Year.  I hope that everyone had a great week.  So whats everyone ready?  I have several books started but I haven’t finished any of them.  I am also a little behind in some reviews.  Now on to the review of…

VICTIM.
SURVIVOR.
ABDUCTOR.
CRIMINAL.
YOU WILL BECOME EACH ONE.

A STRANGER HAS KIDNAPPED YOUR CHILD.

TO FREE THEM YOU MUST ABDUCT SOMEONE ELSE’S CHILD.

YOUR CHILD WILL BE RELEASED WHEN YOUR VICTIM’S PARENTS KIDNAP ANOTHER CHILD.

IF ANY OF THESE THINGS DON’T HAPPEN:
YOUR CHILD WILL BE KILLED.

YOU ARE NOW PART OF THE CHAIN 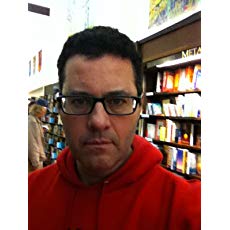 Adrian studied philosophy at Oxford University on a full scholarship. In the early 90’s he emigrated to New York City where he worked in bars, building sites and bookstores for seven years before moving to Denver, Colorado to become a high school English teacher.

So I kept hearing about this book and I wanted to read it.  I finally got it from my local library after a long hold.  And I must say wow.  This was a great book.  I remember chain letters as a child, but to think that people could be doing this with children.

Before I get into my review, I want to state up front a tip for parents: Buy shoes with GPS trackers for your kids or buy trackers you can put in shoes. I didn’t know these existed but The Chain mentions these and I think they are an excellent idea.

After successfully completing chemotherapy, divorcing her incompatible (and immature) husband and landing a philosophy teaching job, Rachel O’Neill is finally feeling like she’s in control of her life and heading in the right direction. Until one day she gets a message from her oncologist saying to call her back right away, plus – far more terrifying – an untraceable message that her thirteen-year-old daughter, Kylie, has been taken from the bus stop and is being held hostage. But not to worry, if Rachel comes up with the stiff extortion fee plus kidnaps another child and repeats the crime to another innocent family, Kylie will be returned to her unharmed.

I don’t want to give too much of this away, this is a great read and a must.  I am giving it 5 stars.  Happy reading everyone.